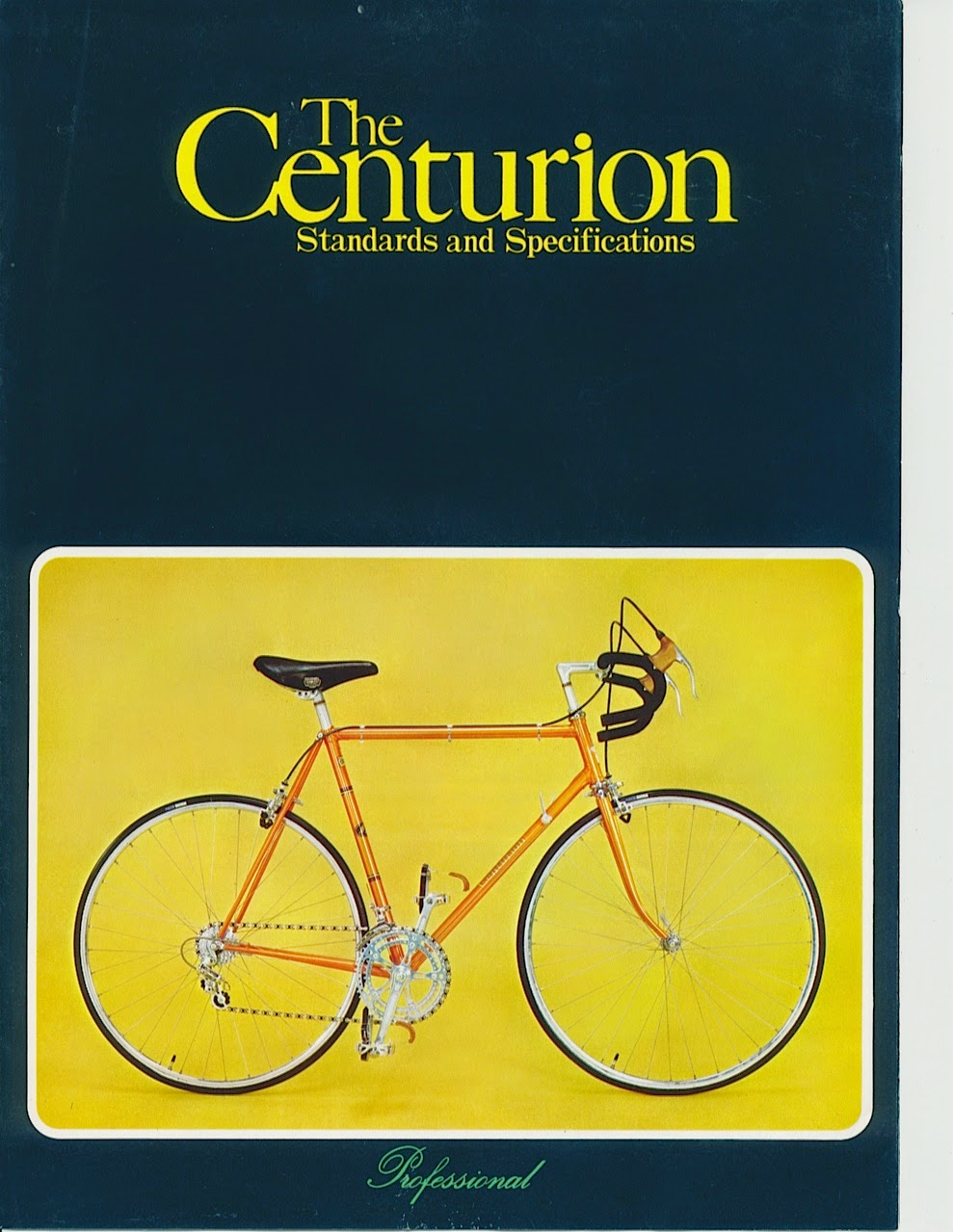 Well, it's well into 2015, and I've only posted a bit about the proposed changes on the C&O Canal.  To try to get back into the swing of things here, I thought I'd re-visit a past post about one of my bikes, specifically my 1978 Centurion Professional.  You can read my first post about it here:

One of My Favorite Bikes

Now, over the years I have tried to learn as much as I can about this bike, and the brand in general.  There's not a huge amount of concrete information out there, sadly, but I have managed to piece together some things from various sources, notably a thread on Bike Forums:

Among the things I've learned...

Apparently, the Centurion brand started out as an early effort by Raleigh to have some of their lower end 10 speeds built in Japan, specifically the Grand Prix model.

Mitchell Weiner was a California bicycle sales agent. In 1969, he got involved in a project to help Raleigh Industries of America import a Japenese copy of the Raleigh Grand Prix. The corporate parent, TI-Raleigh, nixed the plan, and Weiner was stuck with 2,000 bicycles painted in Raleigh Grand Prix colors, including the pin stripes. So he stuck Centurion labels on the bicycles, and sold them at a profit. This lead to the formation of Western States Imports, which imported Japanese bicycles and sold them to dealers at lower wholesale prices than comparable Raleighs or Schwinns.

I also learned that the first version of the Professional model was made by Acer Mex, better known for the Windsor brand in the US.  In fact, the early Centurion Professionals were essentially Windsor Professionals with different decals.  Like the Windsors, they were more or less a "knock off" of a Cinelli, complete with Columbus tubing and Campagnolo components, both from Italy. A nice example of that can be seen here:

Sometime around 1977, production of the Professional moved to Japan, and the bikes changed significantly. The frame tubing was now from Tange, and components were a mix of Sugino, SunTour, SR and DiaCompe. This is the version I own, and it's a beauty.  Until recently though, the only information I had about the model was a pdf file from the author of the Centurion page on Sheldon Brown's site:

Then a few months ago, a fellow on the Classic Rendezvous list posted a for sale listing for an early Centurion brochure.  After looking at a scan of a page or two, I knew that contrary to his thought that it was from 1975 or 76, it was most likely a 1977-78 brochure, as the photos and specifications were an exact match for mine!  Needless to say, I bought it on the spot.

It's great to finally have some official company documentation on the bike, especially since such info seems to be pretty scarce for the brand.  There are only a few catalog scans out there online, including this from 1979 on Velobase and this from 1984 on Sheldon Brown's site.

The picture at the top of this post is the 1977-78 cover, featuring "my" Professional.  Below is the specification page.  The remainder of the pages can be seen on my Flickr site:

And photos of my bike are here:

If you have more to add to the Centurion story, please comment below.  You could also join my Yahoo group dedicated to the brand:  Centurion Bicycle Fans. 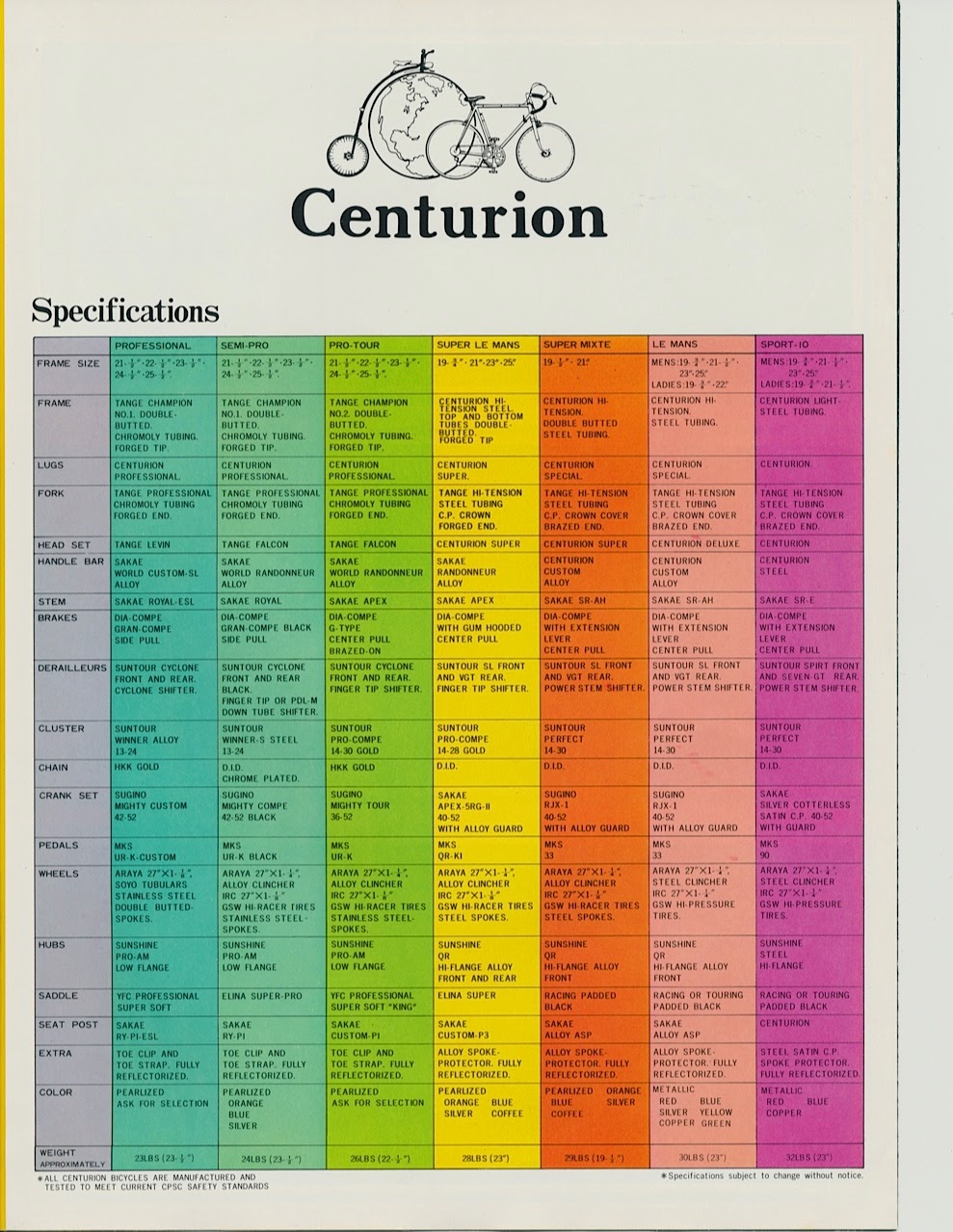 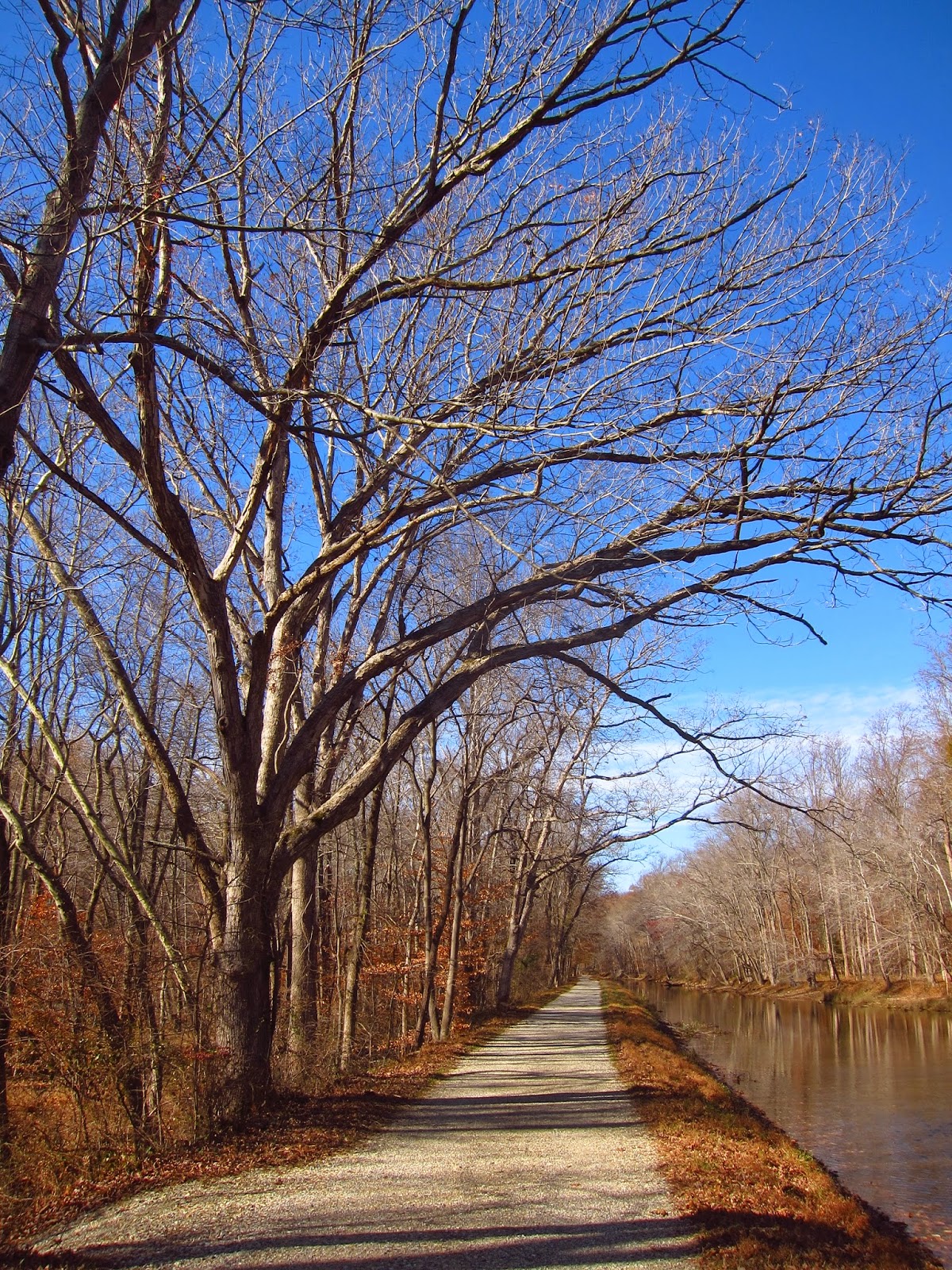 Well, after a lot of public input, the C&O Canal has revised their proposal for changes in the fee structure for the park. On the one hand I know many folks are relieved and pleased to not have to pay in most situations, I'm concerned about whether or not the revised plan will solve the park's financial problems to the degree necessary.

HAGERSTOWN, Md. - Chesapeake & Ohio Canal National Historical Park (C&O Canal) is revising its proposal to increase and expand entrance and other fees park-wide. Last month the park proposed expanding fee collection to include charging a park-wide recreation fee. At this point, we’re midway through robust public meetings. Having heard concerns over the proposal for new fees, the park has decided to rescind its proposal to expand fee collection.
The park is still proposing to moderately increase existing entrance, campground and pavilion rental fees only at park locations where fees are currently collected.
“We have seen the great passion we all share for this park displayed over the course of three public meetings and have three more scheduled. At this point we’re modifying our proposal and will continue public dialog,” Superintendent Kevin Brandt said.
After this revision, the proposed entrance fees that would become effective no sooner than May 1, 2015 are as follows:
Park Annual Pass:
-Current: $20, Great Falls, MD only
-Proposed: $30, Great Falls, MD only 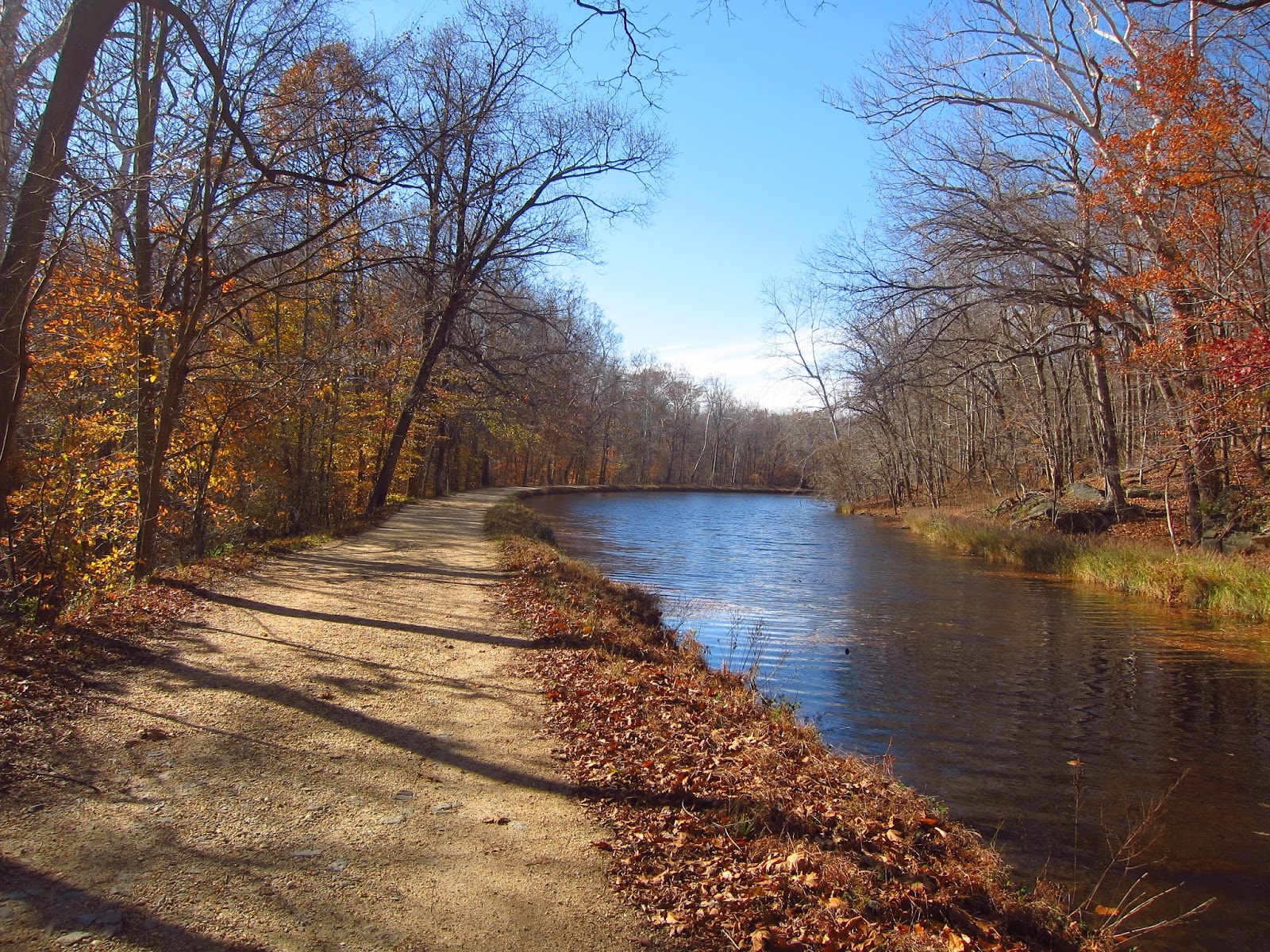 Readers know of my love for the C&O Canal… I think it is without a doubt one of our greatest natural resources here in the DC/Maryland area. Well, as many of you may know, the National Park Service is proposing increasing and expanding fees for users of the  Canal. Public comment is being taken online as well as at public meetings. The nearest meeting to us is at Glen Echo next Thursday, February 5th at 7pm. If you have thoughts or opinions on this matter, please contribute! More info at the links...